Multiple IPsec VPNs are formed between two hub-and-spokes groups, and site-to-site between Hub 1 and Hub 2.
The administrator configured ADVPN on the dual regions topology.
Which two statements are correct if a user in Toronto sends traffic to London? (Choose two.) 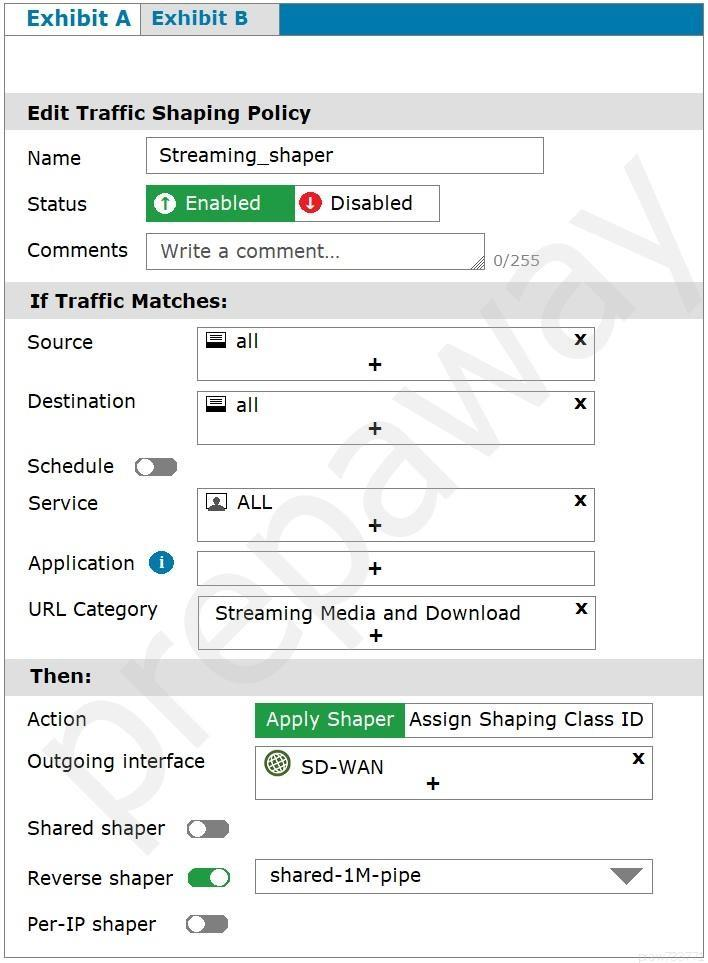 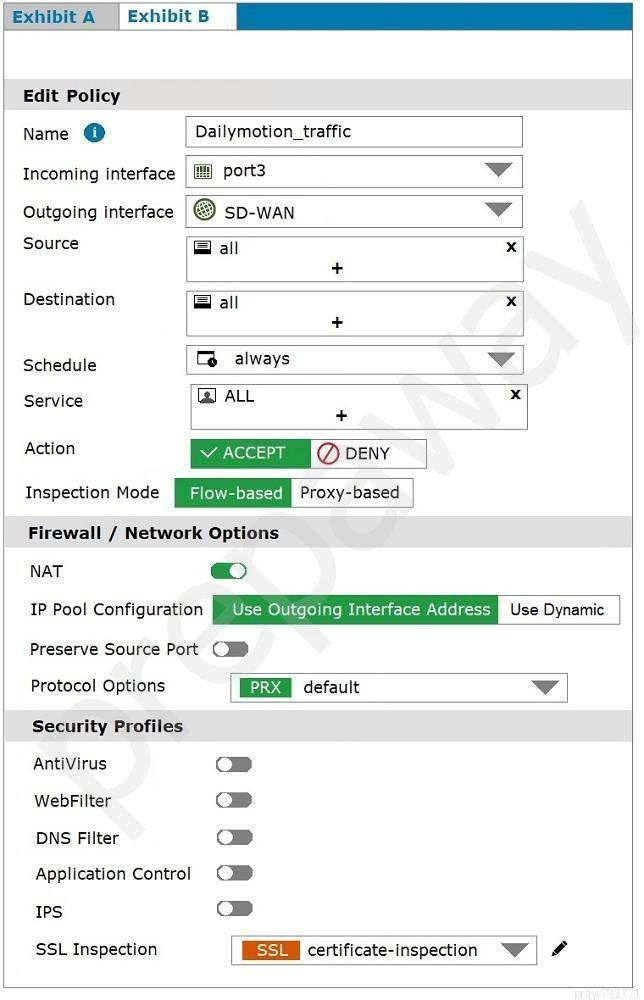 Exhibit A shows the traffic shaping policy and exhibit B shows the firewall policy.
FortiGate is not performing traffic shaping as expected, based on the policies shown in the exhibits.
To correct this traffic shaping issue on FortiGate, what configuration change must be made on which policy?

Which statement defines how a per-IP traffic shaper of 10 Mbps is applied to theentire network?

Which three parameters are available to configure SD-WAN rules?(Choose three.)

Which diagnostic command you can use to show interface-specific SLA logs for thelast 10 minutes?

Which diagnostic command can you use to show the SD-WAN rules interfaceinformation and state? 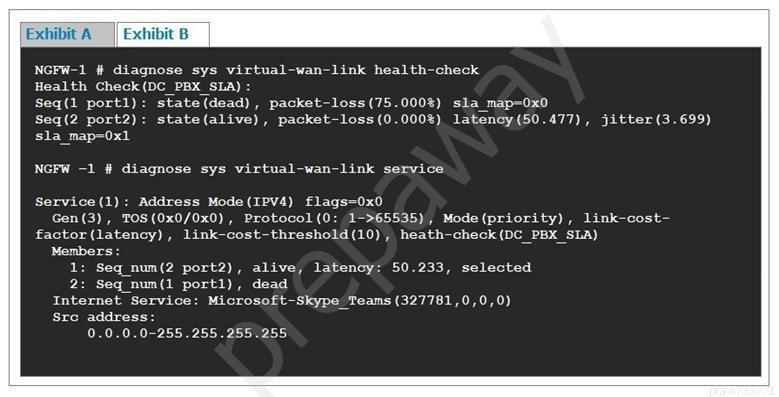 Exhibit A shows the performance SLA exhibit B shows the SD-WAN diagnostics output.
Based on the exhibits, which statement is correct?

Which statement is correct about the SD-WAN and ADVPN?

Exhibit A shows the source NAT global setting and exhibit B shows the routing table on FortiGate.
Based on the exhibits, which two statements about increasing the port2 interface priority to 20 are true? (Choose two.)